When you book with an account, you will be able to track your payment status, track the confirmation and you can also rate the tour after you finished the tour.
Sign Up
1382

Lisbon is a city that effortlessly blends traditional heritage with striking modernism and progressive thinking. You’ll get to know a bustling and lively Lisbon, boasting a wide range of fascinating activities and tourist attractions. As well as you will discover the charms of Sintra which is par excellence, the most mystical and romantic destination in Portugal and considered a UNESCO World Heritage Site. Its sudden and mysterious mists. The farms, palaces, and mansions that dot the green of the mountains. The novels, poems, and other works of art this place has inspired, helped make this village a unique, magical and absolutely fascinating destination.

We’re specialized in services and unique travels experiences in Portugal.
Our experience is your garantee that we understand, meet and exceed your expectations. We invite you to experience the authenticity of a full day tour through Lisbon & Sintra.

Senhora do Monte Viewpoint, located in the Graça district, offers a unique panorama, undoubtedly one of the most beautiful views of Lisbon, especially because it is one of the highest points in the city. The half-moon shape gives a broader view of Lisbon, from which you can see the Graça Church, the Tagus estuary and the other bank, São Jorge Castle and the roofs of Mouraria. Further on, the Pombaline downtown, the ruins of the Convento do Carmo, the Serra de Monsanto and the Penha de França.

The S. Jorge Castle – National Monument integrates the noble area of ​​the old medieval citadel (alcazaba), consisting of the castle, the remains of the former royal palace and part of a residential area for elites. The first occupation of the hill where today stands the castle of S. Jorge dates from the 8th century. Of Moorish fortification, the castle became the royal residence after the conquest of the city by D. Afonso Henriques. This remained until the construction of Paço da Ribeira, in Terreiro do Paço, where the royal family moved in 1503. As a military and civil structure, the castle underwent several transformations until the great intervention of 1938-40, which sought to return the character of the old medieval fortification and gave it the look we know of it today. Due to its privileged geographical position, the castle is also one of the best viewpoints in Lisbon, from where we can enjoy a magnificent view of the city. The castle owes its name to the patron saint of the English Crusaders, who helped the first Portuguese king during the conquest of the city from the Moors.

Santa Luzia Viewpoint in Lisbon has an imposing panoramic view over the typical Alfama district and the Tagus River. Below the maze of Alfama, the immense Tagus estuary make up the atmosphere along with a cheerful garden space, tile panels, a water mirror and terraces. Characteristic points from left to right are the dome of St. Engracia, St. Stephen’s Church and the two white towers of St. Michael’s Church. The south wall of Santa Luzia has two modern tile panels, one from Praça do Comércio before the earthquake and one with Christians attacking São Jorge castle. The esplanade invites contemplation and on the opposite side of the street is the Azurara Palace, home of the Espírito Santo Foundation, which houses a museum and a school of traditional Portuguese arts. Next door is the sloping Travessa de Santa Luzia, with craft and antique shops.

Praça do Comércio is the most important square in Lisbon. For decades, it has been Lisbon’s gateway to maritime commerce. The square was built where the Royal Palace was before it was destroyed by the great earthquake of 1755. The face of the Commerce Square is formed by a set of buildings installed on three sides and is open on the south side, looking to the Tagus. Historically there came the merchant boats and this was the port of Lisbon.

Sintra’s historic center is an open-air museum full of magnificent treasures. The village of Sintra, at the base of the Sintra Mountains, was for a long time a royal sanctuary. Amidst its vast vegetation are incredible castles, palaces, gardens and farms.

The millennial history of Sintra Town Hall begins during Muslim rule in the Iberian Peninsula. Already mentioned in the 11th century, the early Moorish palace – property of the Portuguese Crown after the conquest of Lisbon by D. Afonso Henriques (1147), 1st King of Portugal – is first intervened in 1281, during the reign of D. Dinis. New constructive bodies are added over time under the reigns of D. Dinis, D. João I and D. Manuel I, maintaining their silhouette since the mid-16th century. 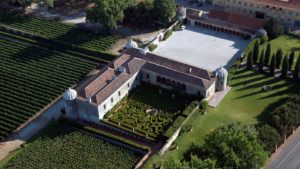 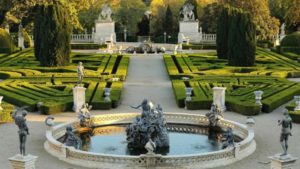 From€35
0
6 travellers are considering this tour right now!